More than 550 kilometres from the nearest town, the residents of the small Kimberley community of Kalumburu say there is nowhere better to live. But with roads in and out of the community only open for half the year, those who call Kalumburu home have a lack of access to the basic services most people take for granted.

How this determined community took matters into their own hands is the subject of a recently released documentary, which showcases the conception and execution of an idea to hold an annual health promotion event. 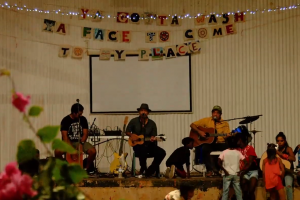 ‘Ya gotta wash ya face to come to my place’.

Over a week, the community of about 400 swells, as health and mental health service providers, hairdressers, beauticians, musicians, dietitians, art therapists and environmental workers roll into town with their tools of the trade in tow.

WA Primary Health Alliance Regional Manager Andy McGaw said it had been a privilege to support the event and the production of the video, which is hoped will inspire other communities to consider how a similar event might benefit them.

“We knew the event would not only lead to improvements in people’s immediate physical health, but it would also teach young and not so young people about good hygiene and dietary habits that can prevent chronic disease from developing,” Mr McGaw said. 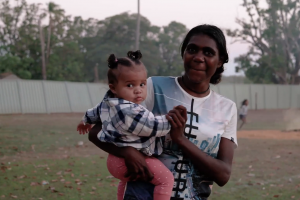 “The health promotion event is all based around keeping clean, being healthy, increasing confidence and self-respect,” Mr Bond said.

“Everyone loves to be pampered.”

“We’re in the middle of nowhere. We’re so remote, but that’s what makes us, us,” Ms Waina said.

“They’ve spent all this time and money on us because we are worth it and that’s mentally and spiritually uplifting.”

A highlight of the week was a concert by renowned musician David Pigram who also spent time with the community’s young people, giving them a chance to show off their own musical talent.

Why is good personal hygiene so important?

Good hygiene – including dental hygiene, personal hygiene, and washing of clothes and bed linen – is proven to lower the rates of skin and related infections such as skin sores, scabies, head lice and the potential chronic health conditions such as kidney damage and rheumatic heart disease.

This activity has been made possible through funding provided by the Australian Government under the PHN Program, in addition to funding from other sources.